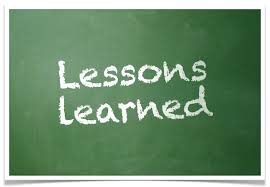 For this week’s challenge, I invite you to breathe new life into the established genre of the end-of-year countdown list. – Daily Post Weekly Challenge

The weekly writing challenge was to come up with some sort of list or count down. I decided to make a list of 10 lessons I have learned from coaching youth sports.

I’m in my third year of coaching youth sports at our local Y. I started with baseball when my daughter was 4 years old. Since then I have also coached soccer, basketball, and flag football. Often times multiple age groups at the same time. I have found that even now there are often times where I learn new things during each round. Sometimes about myself, sometimes about the sport, sometimes about the kids. It’s one of the things that makes it so much fun.

So without further delay, here is my list in no particular order.

These are just a few of the many lessons. I am sure there will be many more. It is a continuing, evolving process. And also a very rewarding process.

2 Responses to Lessons Learned From Coaching